Jayhawk fans, meet our 5th and final member of this year’s Roundball #StartingFive, DK Clark of Topeka. This 2-year-old is described by his family as a “strong and courageous champ.” Before his diagnosis, DK would enjoy daycare with his friends and being chased around by his family members.

Earlier this spring though, a huge hematoma appeared near his ear along with random bruises that caused him to be in much pain, lethargic and even stop walking. The uncertainty if it was really a hematoma or just an abscess led to numerous test and ultimately, the diagnosis of (AML) Leukemia. DK’s initial wave of treatment required a 28 day stay in the hospital, with many of those days spent in the ICU. During that time, thankfully, the hematoma drained on its own, meaning one less procedure for little DK to endure. His still has a long road ahead though, but his strength, resilience and happiness remains the same allowing him to conquer all obstacles during this journey. 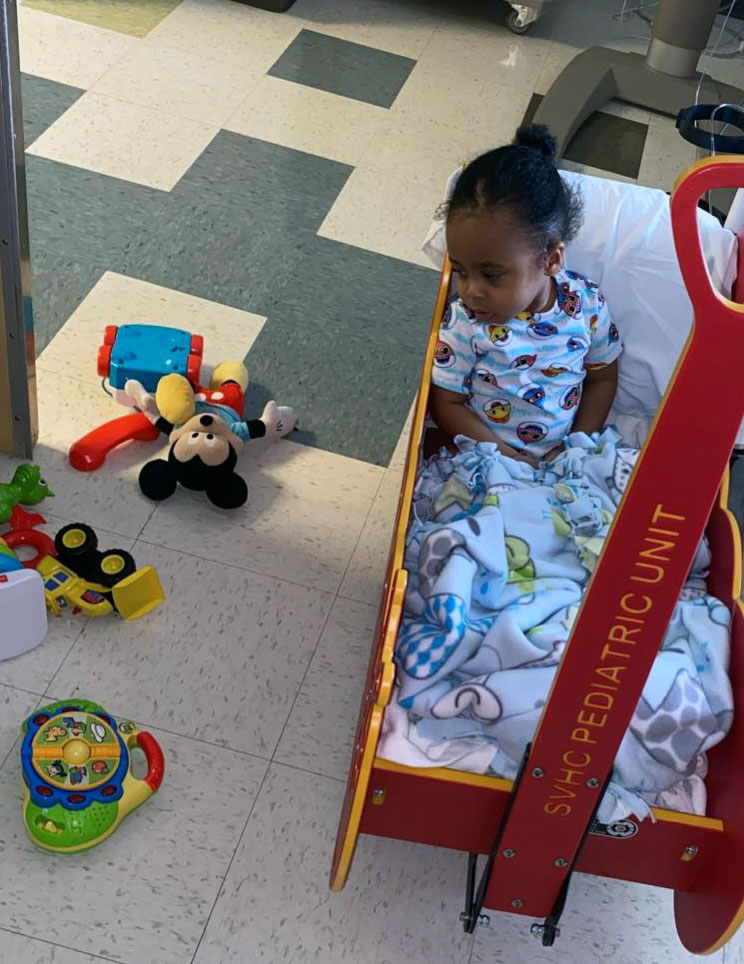